The production version of the Scorpion-IV was launched at Autosport International 2005, the UK's premier motor-sport and sports car show. The S-IV was featured in leading UK motoring magazines from 2001 to 2005. Limited deliveries commenced in 2005, following the completion of the final testing programme.

In 1992, award-winning automotive stylist Steve Harper of SHADO was commissioned to pen the exciting new design of the BMW powered Scorpion-III. 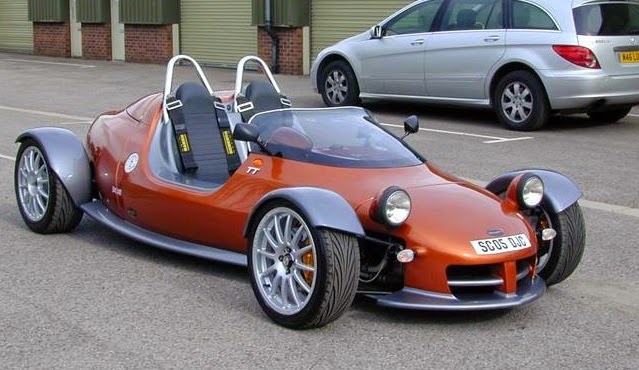 The Scorpion-IV features a lightweight, super-stiff space-frame chassis onto which is bonded a composite body shell. The result is an exceptionally rigid structure; the platform for the S-IV's trademark supple and well controlled ride, precise handling and exceptional road holding abilities.

The front suspension is a development of the technology employed in the acclaimed Scorpion-III, double wishbones in oval tubing with inboard coil springs over, fully adjustable gas dampers. At the rear, long, super-stiff longitudinal links give superb handling and camber control without compromising the vehicle's distinctive styling. Damping is provided by Ohlins quality fully adjustable gas units made in Belgium by PHM Engineering.

Power is provided from the well proven Audi 1.8 litre, 4-cylinder, 5-valve motor with its slick, 6-speed Getrag transmission. The S-IV’s performance varies depending on the state of tune of the motor, from the standard 250bhp up to whopping 500bhp. With a new inlet manifold, turbo and re-programmed engine management, the standard motor can easily be tweaked to produce 370bhp and over 300lbf/ft of torque.

All motors are prepared by Jabba Motorsport, and are re-worked and re-calibrated to produce your required performance output. When over-bored to 1900cc and fitted with new forged pistons, forged con rods and Ole Buhl Racing Engine Managament System, power can be increased to 500bhp. Power to weight figures for the 500bhp version equate to around 715bhp/ton, giving the Scorpion-IV performance to equal or better exotic supercars costing hundreds of thousands of euros.

They currently run a 370bhp version of the S-IV 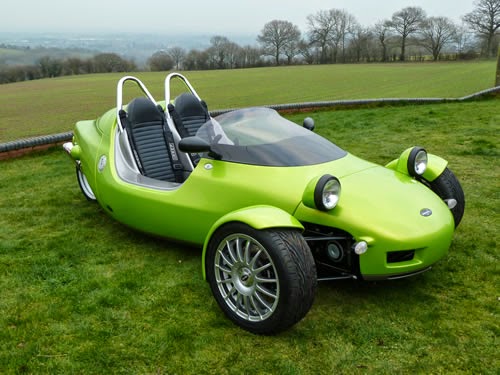 The Scorpion-III, latest in a long line of distinguished three-wheelers With high performance motorcycle power provided by BMW, a lightweight space frame chassis and sophisticated suspension and composite body, it owes far more to today's race car technology than it does to earlier three-wheelers.

The space frame chassis and race-bred suspension beneath that sleek shape were designed and developed by engineers Mark Grinnall and Neil Williams, then refined and tested in collaboration with leading engineering analysts, Mecal Engineering of Holland. This guaranteed the highest possible standards of performance and safety consistent with the lowest possible weight.

The vehicle weighs in at a svelte 390kgs