Tomcats are excellent 4x4 Land Rover based vehicles. Whether for on road, off-road or just a great fun 4x4, the Tomcat is ideal for your needs. With over 700 Tomcats built since Drew Bowler designed them, Tomcats are by far the most popular 4x4 kit in the UK today. All Tomcats are built using the original vehicle chassis from the Land Rover, Range Rover or Discovery.

Tomcat Motorsport was formed in 2001 to take over production of the Tomcat vehicle from Drew Bowler when he moved to concentrate on the renowned Bowler Wildcat. Almost immediately 2 new models were developed and added to the range, expanding it to 5 distinct vehicles.

The 93 was developed to use the popular Land Rover 90 chassis, mainly for use in the challenge events- while the all-new 106 is aimed at high speed competitive events, using front or rear engine.

The 100 is by far the most popular of the Tomcat range and uses a the chassis from the Range Rover or Discovery. After being introduced in 1997 over 100 have been built and while originally designed as an out and out competition vehicle there are many now used as just road motors with standard suspension. In fact many are very highly thought of for this use alone!.

The 88 is aimed at the ARC market in the UK. This model is the most versatile of all the Tomcats being both a good comp safari motor as well as a trial winner. Tomcat Motorsport have even campaign one on car rally events, beating many dedicated tarmac rally cars on the Tour of Mull.

Finally the smallest in stature but not in heart. The 80 is built to excel in trials where its short wheelbase, commanding driving position and low weight can really tell. It is possibly the most focused vehicle in the Tomcat range but is still adaptable to a myriad of uses.

Tomcat Motorsport was started by Paul Williamson (who incidentally owns the oldest production Bowler (Tomcat) and still competes with it when work allows) and Steve Wells (who at one time owned number2 Bowler).
Steve resigned in early 2005 to explore new opportunities and also return to his journalistic roots.
In 2004 Tomcat Motorsport moved from its humble origins into a new workshop which tripled the available floor space and allowed for new developments, higher efficiency and much better conditions. This also allowed the company to invest in more equipment to continue building kits, repair general 4x4s, prepare and service competition cars. This preparation work is playing a bigger and bigger role in the Tomcat workshop all the time.
A small parts department has also been established to serve the work shop and the growing number of customers arriving at the door.

In July 2003, Steve and Paul along with a third partner, Ian Frame, bought a company to produce their own fibreglass bodywork. With Ian's vast experience in this field Paul and Steve were able to improve and develop the bodywork which now includes doors, dashboards, GRP tunnels, new scoops for rear cooling and in 2004 produced the first all metallic gel coat Tomcat.
The metallic range of colours is, despite it's slightly higher cost proving very popular with the customers.
This redevelopment is continuing and recently Tomcat has been able to lighten the body panels while retaining strength where necessary. 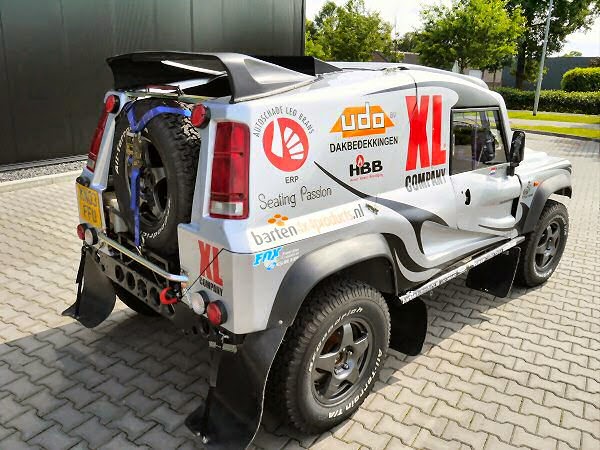