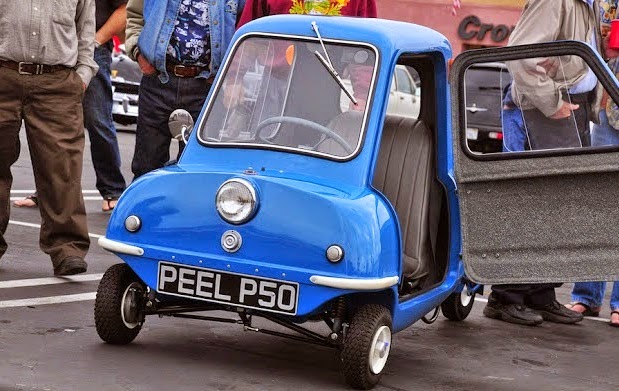 The Peel Engineering Company was a manufacturing company based on the Isle of Man that primarily made fibreglass boats  and fairings for motorcycles.

The sports fairings were recognisable for their styling with integral 'blisters' enclosing the handlebar-ends and rider's hands, and were available for racing, named Mountain Mile, with a similar sports-style for road use incorporating a distinctive, large rectangular Cibié headlamp, named Peel 707. A different design was for touring, aptly named TT Tourer.

The company built an experimental hovercraft design in 1961 powered by a 500 cc Triumph engine.

Peel Engineering developed the Peel Manxcar concept vehicle, Peel P50, and Peel Trident three-wheeled microcars, in addition to the Peel Viking Sport and prototype GRP Minis for BMC. These models constitute the only automobiles manufactured on the Isle of Man; the company ceased manufacture in 1969.

The Peel P50 was once in the Guinness record as the world's smallest production car, it has been replaced by the Wind Up.