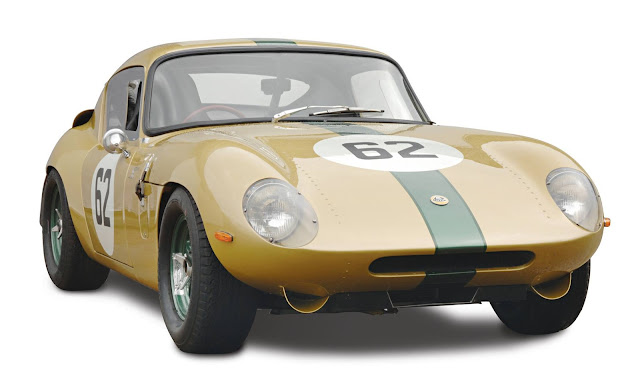 The Elan Le Mans Coupe is unique compared to the 26R Elan mainly due to the custom aerodynamic aluminium bodywork, but also additional improvements to the steering, suspension and cooling that IWR implemented while developing the car in the mid sixties. Ian Walker Racing (IWR) was always intrinsically associated with Lotus, working closely with the company and Colin Chapman. His exceptionally high standards of preparation and presentation saw Ian Walker Racing universally recognised as the Lotus 'B' team.

The IWR Lotus Elan Coupé was originally designed to run in the Thermal Efficiency Index Class for the 1964 Le Mans race. On its first outing before Le Mans the car was entered for the Montlhery GT race with Sir Jackie Stewart at the helm.
The Coupé’s race debut resulted with Stewart putting the Coupé on the front row of the grid, and netted the team a class win and 4th overall. The next race at the Nurburgring 1000kms was a different story, unfortunately the car suffered substantial damages in practise driven by Mike Spence, and subsequently never made it to Le Mans in time….That’s racing for you!

With Lotus only ever producing less than 100 original competition 26R’s in the mid sixties, The IWR Lotus Le Mans Coupe represents a perfect opportunity to enter numerous International Historic race events, in a very special and exclusive Le Mans coupe version. The Lotus Elan 26R’s have become highly sought after due to the popularity in Historic Racing but also as a good

Investment, as the current value for a good 26R is £200,000 plus.
So now you can own a highly competitive exclusive car, that is on the button, no expense spared, ready to race IWR Lotus Le Mans Coupe that will potentially put you at the sharp end of the grid, talent permitting…and it’s an investment.

With full access to the original 1964 race car which is currently owned by Martin Stretton Racing, meticulous studies and full accurate 3D scans will ensure the beautiful aluminium body, originally built by fabled Williams & Pritchard, will be faithfully recreated by skilled craftsmen in the UK. The car will be built by a team lead by one of the worlds leading authoritative figures on Lotus 26R’s.

Every single component throughout the Le Mans Coupe is new and of the highest quality and customers can choose from various options to tailor specific requirements and specifications. This also includes a fully FIA Homologated roll cage and allowing it to be eligible for a variety of Classic International Historic racing events. 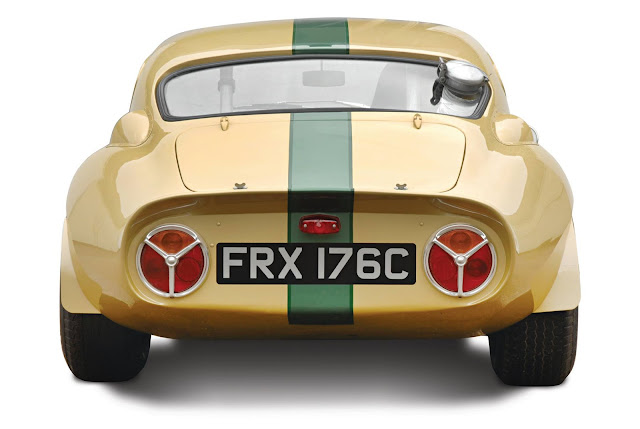