Lucra Cars was founded on the concept that you could build a car that featured both extreme light weight and large V8 power. In addition, the Lucra LC470 features fantastic weight distribution and great ergonomics.

It’s nearly impossible to make a car so light without sacrificing features or usability. The LC470 achieves that goal. It’s an accomplishment of engineering as much as one of design. Every detail, every material — particularly the sleek carbon fiber body — has been meticulously considered and refined. 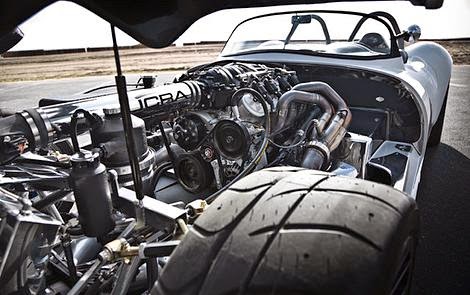 ﻿Mercedes-AMG developed the 7-speed MCT "Paddle shift" "Multi Clutch Technology" planetary semi-automatic transmission.The MCT transmission is essentially the 7G-Tronic automatic transmission without a torque converter. Instead of a torque converter, it uses a compact wet startup clutch to launch the car from a stop, and also supports computer-controlled double declutching. The MCT (Multi-Clutch Technology) acronym refers to a planetary (automatic) transmission’s multiple clutches and bands for each gear. The driver can change gears either using the selector lever, or by nudging the steering-wheel shift paddles. The new Race start Function is a launch control system which enables the driver to call on maximum acceleration, while ensuring optimum traction of the driven wheels.​